Scientists suggest that, if left unchecked, e-coli bacteria doubling every 20 minutes could create a colony the size of our entire planet in a little under 44 hours. This is an extreme example – but the size increase is reminiscent of spiralling leasehold charges.

The news has widely condemned spiralling leasehold charges recently. In July, The Guardian wrote about the ‘ground rent scandal,’ whilst the Daily Mail has condemned what it calls the, ‘Great British Leasehold Rip Off.’

So, how can you make sure that you are getting a fair deal when it comes to leasehold property? This guide discusses everything leasehold:

How bad can spiralling leasehold charges get? – Arnold v Britton

In 2015, the UK Supreme Court made a controversial decision regarding a lease provision, which was clearly a very, very bad bargain for the leaseholder.

The legal battle was over the leasehold provisions of a number of chalets in a leisure park. A clause in the leasehold stated that the leaseholder must make a yearly contribution to shared expenses (repair and maintenance) which would initially be £90 plus VAT. However, this was due to increase by 10% each year.

At first, this might seem harmless, but the effect of this compound increase in the fixed charge meant that in the last year of the lease (at some point in the 2070s) this charge would be in excess of £550,000. The leaseholder lost the legal battle in the case. The court decided that the language in the lease had a clear and precise meaning and so the leaseholders were bound by it.

What is a ‘lease’ or leasehold property?

The existence of leasehold property can be traced back to the Middles Ages. It developed alongside the feudal system of holding property that existed at that time. A modern day lease creates a relationship between the owners of the land (the Landlord) and the persons or entities entering into the lease (the tenant).

This relationship is similar to a contract and both parties have certain rights and responsibilities. In most large blocks of flats, for instance, you will often see a demand for service charge. Service charge is a shared cost that every tenant is liable to pay.

In return for the tenants paying service charge, the Landlord is responsible for carrying out certain functions.

What is ground rent?

In a contractual relationship ‘consideration’ is a benefit to be bargained for between parties and is the essential reason for a party entering into a contract. This is no different for a lease. For a lease the benefit for the Landlord is ground rent. Ground rent is an amount of money paid by the leaseholder to the Landlord, as specified in the lease.

For a commercial lease for a shop on Oxford Street in London, ground rent can be in the millions. However, in a long residential lease the costs are usually more modest. This lease payment can be small – the ground rent on older leases are sometimes so small that they are measured in old pounds and shillings. Sometimes a notional payment, or peppercorn payment, is required to create the contract. In this instance, the ground rent may be very low (below £100 a year).

How long is a lease – will your property become less valuable?

A lease is set for a fixed length. At the end of the term, under normal circumstances, the property in the lease reverts to the ownership of the Landlord.  There are various statutory protections for residential and commercial leases but ultimately as a lease runs out its value drops.

On the flipside, a lease can become increasingly valuable to the Landlord. Over the last 50 years, the law has recognised the need to balance this position and has given residential leaseholders various rights. Often, they can either extend the lease or buy out the Landlord completely.

This is a specialist area for lawyers and surveyors alike. Lawyers have to follow certain legal steps and procedures, and surveyors have to negotiate and place a value on these cases.

When does a short lease become a problem?

Over the past 15 or so years, leasehold values and shorter leases have become an issue for new buyers, property owners and mortgage companies.

Mortgage companies have started giving an indication of how long a lease should be in relation to a borrower’s mortgage. A lease which has less then sixty years left is generally considered unacceptable by mortgage lenders. The upshot of this is that there is now a real market for extending leases.

Before extending your lease – make sure you get legal advice:

Where a leaseholder is unaware of their statutory right to an extended lease they can find themselves in a position where their Landlord offers them a bad deal. The Landlord could offer a term that is less than the statutory term, ask the leaseholder to pay a higher ground rent that is revised frequently, or just generally demand a payment far in excess of the calculation provided in law.

What does the law say about extending your lease?

In return for a payment to the Landlord, the law allows for the creation of a new lease. This new lease adds 90 years to what is left of the current lease. The ground rent is also reduced to a peppercorn.

The amount you will pay to the Landlord is calculated based on the reduction in the Landlord’s value because of the creation of the new lease. The calculation is often described as, ‘not an exact science.’ However, there are certain key elements. The calculation normally requires a specialist surveyor who may require access to the property and a review of the current lease provisions.

There is a much more recent trend regarding the creation of new leases that has taken advantage of the long-term investment potential of ground rent. Ground rent has become a guaranteed income stream for investors capable of investing money for a return over a much longer period of time, such as institutional investors and pension funds.

Coupled with the investment potential, a lease contract often makes the leaseholder pay the landlord’s administration charges in respect of certain lease matters. Therefore, not only is the lease income a marketable commodity, it is a commodity that the leaseholder has to pay for.

The potential investment value of a lease can be increased if payments (for example, ground rent payments) can be set to increase with the market value of the property or inflation. In parts of the country leases still exist which have been running since the 18th century. In 18th century leases, ground rent is still measured in pence and ½ pences. Clearly, with hundreds of years left to run, there is little or no investment value in such a lease. However, a completely different picture is created where the rent is set at £250 per year and doubles or is increased with reference to the Retail Price Index every ten years.

Traditionally houses were sold as freehold so there was no lease and no payment. Yet increasingly, new build houses are being sold as leasehold. This is because housing developments may have common areas, shared access and utilities (in a similar manner to leasehold flats). The scale of new build developments can be such that there can be hundreds of such leases all in one estate. By packaging these leases as an investment, the developers are effectively getting a payment for the initial purchase of the house (creation of the lease). They then capitalise on the terms of that lease by selling the benefits to a third party investor.

This often means that the leaseholder ends up paying a significantly increased price for their property’s freehold. The housing developer may sell each freehold to a third party for between £5,000 and £10,000. The leaseholder is then being offered this same freehold at a cost in excess of £40,000.

What the law in Arnold v Britton has reaffirmed is the principle of freedom of contract. This means that the courts may be reluctant to amend agreements to give a more common sense outcome. This is as long as the ordinary meaning of the words of an agreement are clear.

What help are leaseholders getting?

Taylor Wimpey announced earlier this year that they would establish a £130 million fund to assist their customers in buying out their leases. However, this will not assist if a third party investor now owns the leasehold. It was also reported in August that a major house builder would be buying back leases and axing the ground rent clause.

The government also announced a consultation paper in July called, ‘Tackling unfair practices in the leasehold market.’ This cited new leasehold houses and onerous ground rents as areas where the most urgent reform may be needed (para 1.6). That consultation is open until 19th September. It will be interesting to see how the government will face this challenge.

New house leases have rightly received press coverage over the last six to eight months. However, ‘new’ flat leases on offer to flat owners has been largely omitted. These offers may be presented as a special offer or at a discount. It is important to get good advice on such a deal.

The area of lease extensions and enfranchisement (buying the freehold) is the subject of much legislation and disputes. However, at Oliver & Co we have experience in dealing with such extensions from both a freeholder and leaseholder’s perspective and have a network of valuers who are able to provide professional advice. This allows us to reach settlements and conclude such matters in a practical manner.

We offer the best leasehold advice from professional Solicitors. Our dedicated team regularly act for freeholders, intermediate leaseholders and lessees. 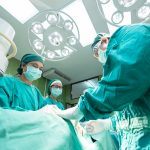